Produced by and Co-presented with

Night owls, Night Shift is the perfect addition to your FFDN dance card.

Night Shift is an exciting, annual late-night series produced by Citadel + Compagnie and co-presented with Fall for Dance North, celebrating the many dance forms explored and practiced by Ontario based movement makers. The 2022 edition features three unique programmes, presented in-person over three evenings at The Citadel: Ross Centre for Dance. This year's selections were curated by Penny Couchie, Christine Friday and Dedra McDermott.

FFDN is proud to partner with Citadel + Compagnie, since 2020, to provide exposure to some of the most brilliant, innovative and thought-provoking emerging artists featured on the Nigh Shift series. After two years of creative and innovative digital programming, we’re delighted to return to The Citadel to dance the night away again.

This is an in-person presentation taking place at The Citadel: Ross Centre for Dance (304 Parliament St, Toronto).

Due to the limited number seats available, single tickets will be offered directly through Citadel + Compagnie's website. 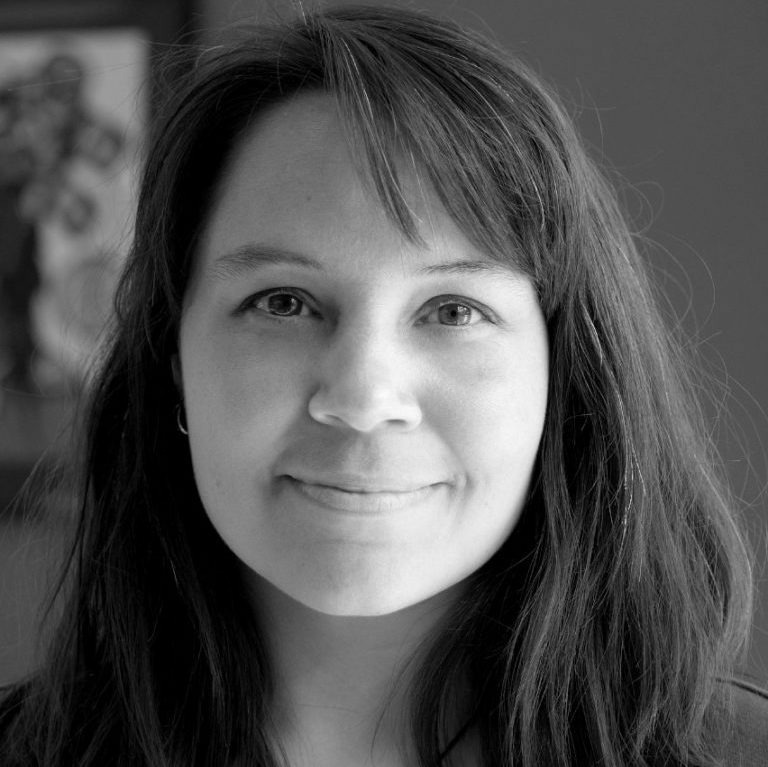 Penny Couchie is an award-winning arts leader, dancer, actor, choreographer and community engaged artist of Anishinaabe ancestry from Nippissing First Nation, Ontario. Penny is the co-founder and co-artistic director of Aanmitaagzi, an Indigenous multi-arts company committed to community engaged projects that promote well-being, strengthen relationships with the land, and incorporate intergenerational approaches. In 2016, Penny received the K.M. Hunter Award for Dance through the Ontario Arts Council. Over the past 20 years, Penny has been a guest instructor at schools throughout Canada and the U.S., including the Centre for Indigenous Theatre, where she has been a faculty member and choreographer since 1998. 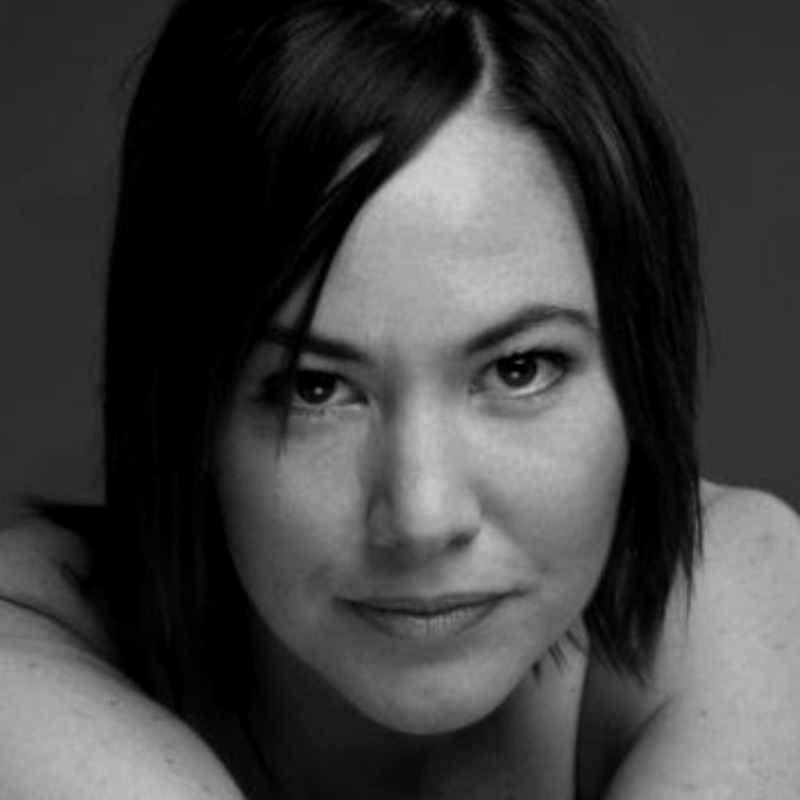 Christine Friday is a proficient resilient Indigenous storyteller. She began her career with In the Land of Spirits in 1992 and has maintained a professional dance career for over 25 years. She is deeply connected to the cultural wellness of her Anishinaabe people. Her company, Friday Creeations, a film and stage Production Company, has allowed her to transition her skills into filmmaking to broaden her audience while fulfilling her potential. Christine is the recipient of the 2018 K.M. Hunter Award for Dance through the Ontario Arts Council. She is currently building a Cultural Creation Centre in her community of Bear Island, Lake Temagami. 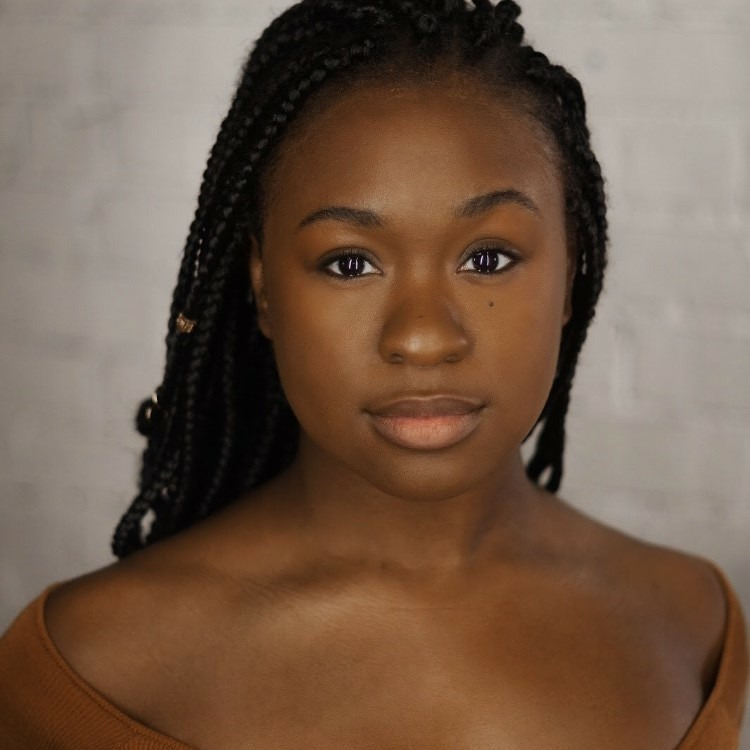 Dedra McDermott (she/her) is a Black, new generation artist and movement dramaturg based in Tkaronto. She has a keen interest in performance and choreographic methodology, visual and digital arts, and divergent approaches to engaging with archival practices. She has earned a Master of Arts from The Centre for Drama, Theatre and Performance Studies at The University of Toronto and recently completed a Metcalf Foundation Performing Arts Internship in Artistic Production (Curation and Dramaturgy) with adelheid (2021-22).

Candace Kumar is a Filipino/Indo-Fijian dance artist based in Toronto. Her work aims to contemporize cultural dance forms to reimagine traditional culture from the diaspora. Some of her notable performances include the 2015 Pan Am Games, Nuit Blanche, SummerWorks Festival, and international festivals in Los Angeles, San Francisco, Mexico, Alaska, and the Czech Republic. Candace has worked with Little Pear Garden Dance Company, Nova Dance, Anandam Dance Theatre, Creativiva Entertainment and more. She shares her experience as a mixed-Asian Canadian artist in hopes of inspiring other artists to explore their relationship to their culture through dance.

Crossing Waters
Crossing Waters is a cultural reimagination piece inspired by the natural flow of water. The dancers perform Pangalay, the fingernail dance performed by communities in the Sulu Archipelago in the southern Philippines. The movements are slow and meditative, imitating the Sulu Sea combined with modern hip hop music and street dance styles.

Carleen Zouboules is a contemporary dance artist who graduated from Toronto Metropolitan University (formerly known as Ryerson) in 2020. Carleen's latest credentials include performing in Guillaume Côté's "Touch". Carleen dances for the Canadian Indigenous dance company, Red Sky Performance and recently joined the Toronto company ProArteDanza. She has performed at Fall for Dance North twice, once in Red Sky Performance's piece "Flow" and once under Anne Plamondon in her piece "Fiddle Embrace".

Vania Dodoo-Beals is a contemporary dance artist who graduated from Toronto Metropolitan University (formerly known as Ryerson) in 2020. Vania's latest credentials include working as the Assistant Choreographer to Siphesihle November's new work "On Solid Ground", which premiered alongside "Elite Syncopations", and "Skyward". Emerging in the Creative Industry, Vania has developed a reputation for being innovative, detail oriented and present strong leadership skills. During her time at Ryerson, Vania had the privilege of working with Peggy Baker, Anne Plamondon, Dylan Crossman (Cunningham trust) and Vicki St Denys. Sharing her heritage with African and English culture, Vania seeks to represent and advocate for black women in contemporary dance.

Beyond the line
Beyond the line explores the relevance of boundaries in the mental and physical state. Through movement and conversation, we dissect the idea of self-generated boundaries, boundaries within a partnership and breaking/crossing boundaries.

Kiyo Asaoka is a flamenco dancer, who also produces, teaches, directs and choreographs. It's been over 20 years since flamenco became a part of her life and a part of herself. In 2016, she started managing Tablao Flamenco Toronto, a non-profit organization that produces a monthly live flamenco performance.

Hikidashi
A Japanese traditional music instrument player/singer Aki and a flamenco dancer Kiyo bring their collaborative artistic material together. It is a mix of two different art forms, and newness and tradition.

Samantha is a contemporary dance artist, choreographer, and teacher based in Tkaronto. Her ancestry is Ktunaxa and Scottish/British Settler. She completed the Arts Umbrella Dance Diploma Program in 2018. She has worked as a guest artist with Ballet BC and an associate artist with Red Sky Performance. Samantha explored what aspects of her Ktunaxa culture, history, and traditional knowledge can be pulled into her choreography. She has presented works at Matriarchs Uprising by O.Dela Arts, and the Paprika Festival.

Kaqwiⱡȼi
kaqwiⱡȼi is an exploration of bringing the Ktunaxa language to dance. This work finds ways to translate a traditional language into movement as a way for the artist to deepen her understanding with it.

Sofía Ontiveros is an artist, performer, and choreographer based in Tkaronto, Ontario and Mexico. She immigrated to Canada in 2017 from her native city and country Monterrey, México to pursue her dance studies. Sofía is a cis-gender, queer, white, Mexican, Latina woman, and carries these parts of her identity through her works by questioning and exploring social constructs and how they play on individual or interpersonal relationships. Sofia graduated from Toronto Metropolitan University’s The Creative School Dance Program in 2021, and was chosen for the Lipson Family Endowment Award for an Emerging Choreographer.

Ojalá...
"Ojalá..." ("Hopefully...") explores the aftermath of interpersonal betrayal. When one who loves you deeply, hurts you deeply, two contracting truths begin to coexist: the love and lack thereof. "Ojalá..." is about two bodies who connect, stumble upon betrayal, and search for healing.

Stuti is a Bharatanatyam exponent based in Ottawa. She received her Diploma in Bharatnatyam from Kalamandalam Performing Arts, Kolkata, in 2005 and did her Arangetram in 2019. Stuti continued her advanced dance training with Guru Kalakshetra Amarnath Ghosh. In 2019, Stuti performed at the Ottawa Arts Gallery for an emerging artist showcase commissioned by Canada Council for the Arts. She also performed at TEDx uOttawa and Parliament Hill events organized by senators. Stuti had the privilege to be a dance juror for the Ontario Arts council's dance project 2020. Stuti was awarded a Fellowship in 2021 by Indian Raga dance productions, USA.

Ana  Claudette Groppler is an artist based in Toronto. A Canadian and German Citizen raised by Lesbians and extended family from various cultural backgrounds. A graduate of The School of Toronto Dance Theatre, Groppler has worked with Social Growl Dance, Political Movement, wind in the leaves collective, Signal Theatre, Lara Kramer Danse, Kaeja d’Dance, Peggy Baker Dance Projects, and Kemi Contemporary Dance Projects. Groppler has performed her own work in shows with Dance Matters, Nextfest, and The Parahumans. She has performed internationally in Mexico, Germany, and Scotland. Ana is also a spiritual healer, Therapeutic Pilates Instructor and Physiotherapy Assistant.

SOLOsupport
The audience witnesses the expression and honesty of a person discovering how they can support themselves. Through emotion, movement, and text the audience experiences relatable stories and maybe learns something that they didn’t know before.

Tandavesha
While performing the "Tandav", Lord Nataraja's bell is dislodged from his foot and soars into the air. To save the Earth from its impact, he receives the bell on his head, and as it bounces to the ground, the first ever percussive syllables are created.

Originally from Bangladesh Mushtari is a GTA based Kathak dancer and choreographer and has been practicing within the South Asian diaspora since early 2000. While her movement vocabulary is rooted in the classical form, her work is rooted in the essence of ‘Now’ that manifests itself through conceptual wit, physical rigor and poetic metaphors.

Christine Samuel is an Indonesian born Odissi dancer based in Toronto. She found familiarity in Classical East Indian dance with the dance styles - Javanese and Balinese dances - she knew as a child. She studied Bharatnatyam under the tutelage of Janak Khendry in Toronto for nine years. In2017, she decided to explore Odissi Style and since then she has been training with Saveeta Sharma, from Upasana the Spirit of Dance.

Catastrophe in ‘C’
Catastrophe in ‘C’ is an attempt to bring to our consciousness the repetitive nature of crisis that is inseparable from Capitalistic societies. It is a reminder at a time when the entire globe is already in one such major catastrophe that the exact same event of the past does not repeat. What repeats is our suffering that catastrophe brings us that Capitalism creates the possibility for to happen.

This programme is presented with

Citadel + Compagnie is a dance organization with its home, The Citadel: Ross Centre for Dance, embedded within the Regent Park community of downtown Toronto. Through its creation, curation and cultivation of contemporary dance, Citadel + Compagnie’s mission is to make a significant and lasting contribution to dance in Canada.

Led by Artistic Director, Laurence Lemieux, the organization supports the artistic activities of its dance company, multiple presentation platforms, residency program and outreach training program. At its core, the company commits to the creation of original works of dance by innovative choreographers and cross-disciplinary collaborators, and the preservation of iconic Canadian repertoire. 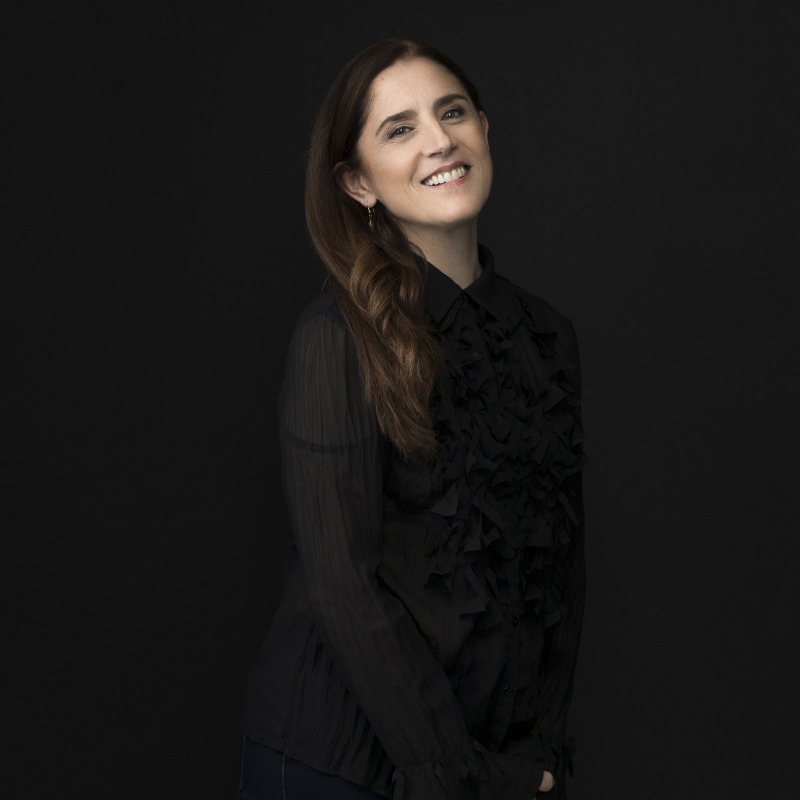 Citadel + Compagnie’s partnership with Fall for Dance North has allowed for Night Shift to grow into an event capable of reaching a larger and wider audience. The last two years’ digital offerings took the powerful thought-provoking work of Night Shift artists beyond city limits to dance lovers across the country and beyond. This was made possible in part by the support of Fall for Dance North and their team. As Artistic Director of Citadel + Compagnie, I look forward to working with FFDN in pursuit of building a stronger and more robust Toronto dance community.

All seats for this performance are offered at $15, + HST and service fees.

Due to limited seating, Night Shift 2022 tickets will be offered directly through Citadel + Compagnie's website.